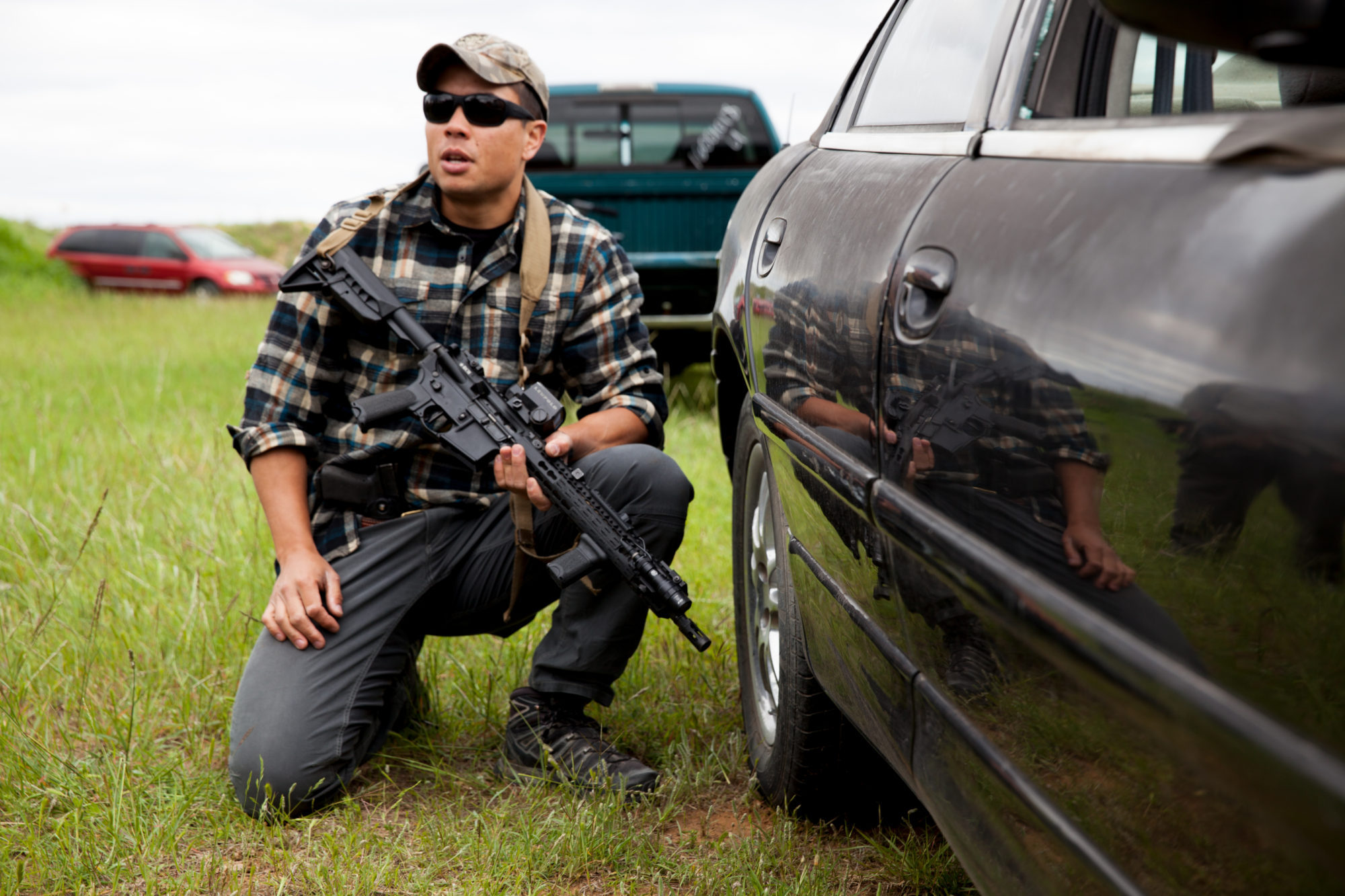 Posted at 20:38h in Uncategorized by Aaron Barruga 0 Comments

As a twenty year old Special Forces sergeant, I was predictably overconfident and periodically arrogant. I was strong and fast, but that was mostly because of youth. I was great at shooting drills. But only because I could learn sequences and had no clue as to which skills impacted my performance overall. I exploited my status as “Special Forces” and allowed conventional soldiers to mistake my confidence with competence, when in reality I was often winging it.

My performance in controlled environments—or training—was only an indicator of just that, my performance in training. I was strong, but couldn’t lead. I could shoot fast, but couldn’t train others to do the same. My first trip to the Philippines changed these realities through a healthy bruising of ego.

My team was working with a Philippine Army infantry unit and teaching them US small-unit fighting techniques. During the trip, I was tasked with teaching a 2-hour block of instruction on hemorrhage control and care under fire. Fortunately, my team already possessed a slide deck for the class from a previous deployment, so most of the preparation for my course was already accomplished.

I bombed my presentation.

I failed because I committed the most annoying error as a lecturer, I read off slides and when questioned I simply restated what I had already said previously. Although I understood the steps to take during care under fire, it was only because I had learned to follow sequences. I knew the answers to questions, but not because I knew the answer, but because I knew what phrase to regurgitate. Fortunately, the practical exercises and hands-on portion of the class allowed students to work through what I failed to explain.

Transitioning to the range, I was allowed back in my comfort zone of shooting drills as quickly as I could. This satisfied my vanity, but again demonstrated that I didn’t really know anything. One of the Filipino soldiers I was coaching needed serious improvement on his application of trigger control. Attempting to coach this soldier, I executed the same error as the day prior in my medical class. Rather than teaching, I was simply regurgitating the right answer.

The Filipino soldier experienced issues because he was shooting too quickly which made him sloppy. My solution was the regurgitated answer of “slow down.” Although slowing down would have helped the shooter, it was supplemental and not the primary solution. Watching us run racetracks around the same problem, a senior teammate came over and mentored me through how to teach the right answer.

To truly mentor a student, whether in the gym, the classroom, or on the range, you have to encourage him to pursue a line of thinking in which he arrives at both wrong and right answers. During this process you must guide him through the critical thinking process that allows for real learning.

However, the military and law enforcement are not accustomed to this style of teaching. The martial and conservative nature of these organizations often results in teaching that is a one-sided dialogue. Although a recruit might have a question, he dare not ask it and seem stupid, or become the center of attention for a bad instructor that is more interested in punishing basic trainees. Consequently, a majority of tactical professionals are indoctrinated at a very early point in their career to seek regurgitation, not actual learning.

My teammate had been shooting longer than me, but that’s not why he was able to remedy my situation. In diverse environments working with individuals of different skill levels and different levels of being coachable, he learned that being a subject matter expert doesn’t mean knowing the right answer, it also means knowing the wrong answers, and how they all tie in together to support the broader learning objectives.

Leadership forces a type of accountability that cannot be learned as a lone-wolf. As a junior Green Beret, I had minimal responsibility and made decisions that supported my missions, not the performance of others. At company-level range days, if the primary instructor taught something I thought was boring, I would physically roll my eyes in the back of the crowd. Rather than focussing on the basics, I wanted to perform exercises that I thought looked cool.

Of course, the principle issue with exercises that look cool is that they are often self-serving. We see this dynamic a lot on Instagram now. Shooters running around, tossing kettle bells, throwing rocks at students, and punching rubber mannequins. Although these actions are enticing and appear purposeful, they typically develop no compoundable skills and lack external applicability. Under these circumstances, performing these drills only makes you good at performing the drills.

Shooting cool drills did nothing for me because I couldn’t deconstruct and identify the different skills being exercised. Again, I could regurgitate what the right answers were, but that was not always significant as previously demonstrated. It wasn’t until I was given more responsibility and promoted to higher positions of leadership that I was able to identify what was truly important about any skills development.

As an individual, you can default to the regurgitation fallacy and not even know it. This is simply because your focus is narrow. But if the collective performance of subordinates impacts mission success—or life and death—it forces a comprehensive examination of how you develop stronger troops. This allows leaders to transcend teaching methods that are self-serving and approaches that encourage drills that only satisfy drills.

There is nothing wrong with wanting to shoot the fastest, or being able to lift the most weight. But focussing on narrow end states undermines our overall growth. For example, who wins a gunfight, the police officer that can deadlift 550lbs or the one who can only deadlift 325lbs?

Regurgitators want to shoot drills that demonstrate speed, but they can’t explain how to develop consistent speed, and not just a one-time shot timer success. They want to argue over bumper sticker tactics and subjective performance variables such as “how much finger you place on the trigger because such and such said so.” None of these actions require accountability that is learned through leadership, it just demands that you shout louder than the person you’re arguing with.

Leadership also forces you to examine the possible second and third order of effects of a decision. Whether intended or not, every action creates reactions. In the heat of the moment, predicting unintended consequences can be difficult, but is an indicator of your value added to the team and the mission.

As a junior Green Beret, all I brought to the table was an enthusiasm for lifting weights and shooting. As a result, I was not a long-term asset. In order to truly improve your ability as a tactical marksman you must become a stronger leader; because leadership forces professional maturity that cannot be achieved alone, no matter how many reps you put in at the range or in the gym.