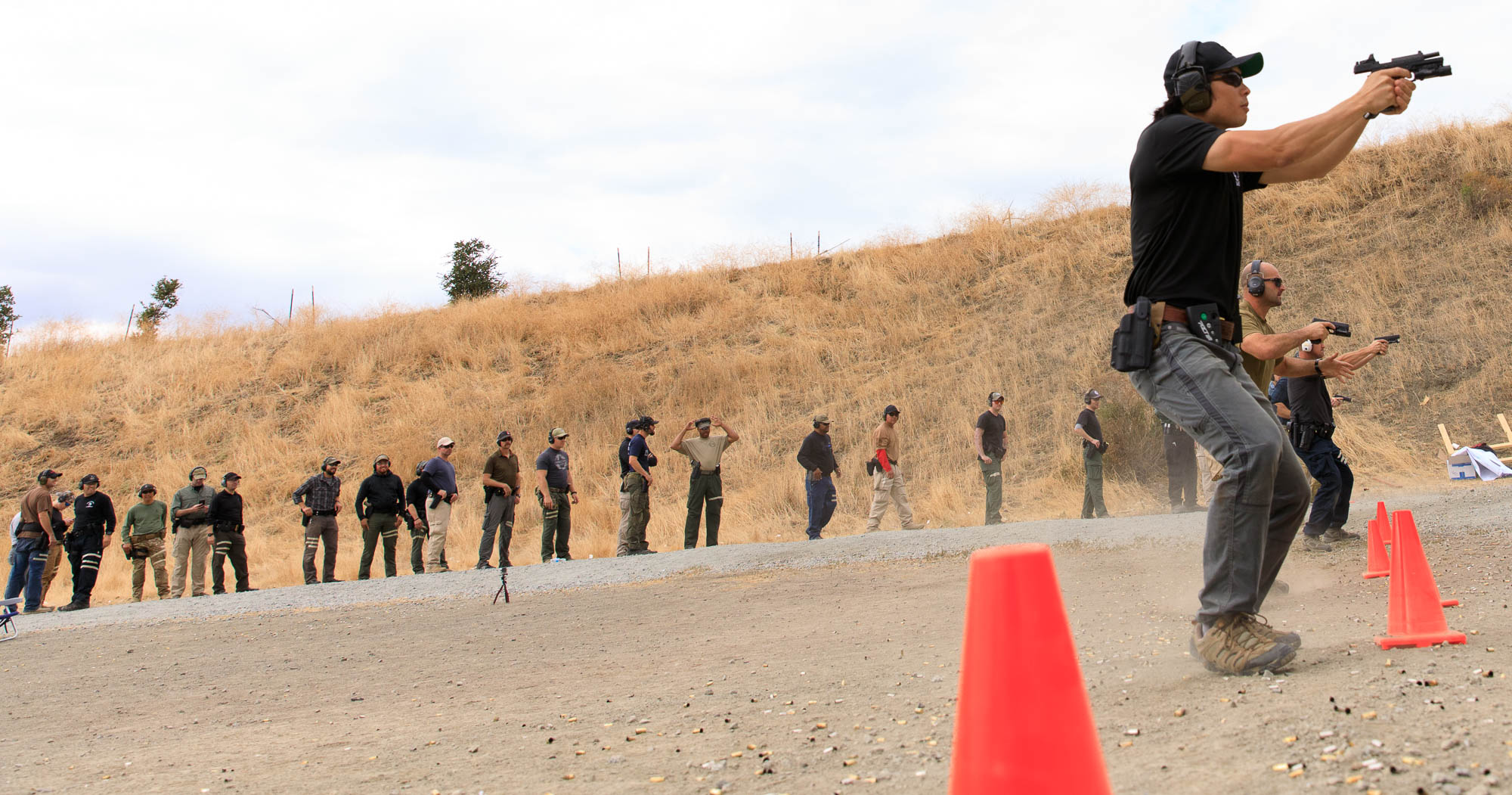 28 Dec YOU ARE ALREADY FAST ENOUGH

(originally posted to Soldier Systems Daily on May 27th)

By his 20th iteration, an Afghan guerrilla with minimal marksmanship training was shooting the 2x2x2 exercise just as efficiently as Instagram tactical celebrities. Only an hour earlier had we discussed some key points of marksmanship, then I gave him a crate of ammo and coached him through each repetition of the exercise. Two weeks later, that same guerrilla fled his checkpoint during the initial phase of Taliban attack. So what happened?

Obviously there is no link between how quickly we can shoot an exercise and our performance in battle. Regardless, as tactical shooters we can be notoriously bad at searching for significance where there is none, or misreading the real importance of a shooting drill. We see this happen quite a bit with speed. Everyone wants to be faster, which is fine, but faster does not always correlate with better.

For novice shooters, static speed shooting exercises help develop confidence and proficiency. For experienced shooters, speed exercises become a measurement of how well we can learn a sequence and perfect our movements. Neither of these are bad, however, the seductiveness of a rapid rate of fire can cause shooters to focus on the wrong aspects of their performance. Moreover, while pursuing speed it can become easy for us to neglect the development of discipline that forces us to proactively see our sights.

We retroactively see our sights by hijacking our natural point of aim. I see this happen a lot at the seven yard line. Whether with a pistol or carbine, shooters just point and squeeze their trigger as soon as they “feel” their sights are in the right spot. We become so focused on beating a time standard that we neglect the unintended development of bad habits. Although it is important to understand where your body naturally presents your sights, it can build a false positive regarding performance feedback.

I experienced these effects as a junior team guy. As a novice, I obsessed over how quickly I could shoot a string of five rounds at two targets, perform a reload, and then shoot the exercise again. Although I was developing confidence, it was at the expense of incredibly sloppy speed. During a force on force scenario I rushed my shots in a shoot house and either missed or landed wounding shots that would fail to neutralize a threat. The cadre pulled me aside and told me to discipline my fire and see my sights. Roger that, see my sights, no issue. The next run through I continued to rush my shots and not enforce any discipline because I had performed so many garbage reps shooting for speed.

Because I had developed quick, but sloppy hand speed, I assumed that the cadence at which I shot rounds against cardboard represented how quickly I needed to shoot a gun against a real threat. The next day, the cadre demonstrated their run through the force on force scenario. None of their shots were rapid fire and their cadence was entirely sporadic. They only shot when they saw center on the OPFOR, and instead made up for speed with efficiency moving in between rooms.

From a tactical marksmanship standpoint, everything comes down to whether or not you can present your sights, and then exercise discipline when squeezing the trigger. That’s it. Marksmanship exercises ensure we understand how to use a weapon, but it is actually really hard—as demonstrated by the Afghan guerrilla and myself—to design shooting exercises that create a reliable baseline for real world performance. Yes, trim the fat and sharpen your mechanics, but do not assume a sub one second draw, or a sub two second 2x2x2 signifies the most important aspects of training.

Unfortunately, it can be incredibly difficult to convince a shooter of the aforementioned. The martial nature of combat marksmanship encourages us to seek out sequences, and then shoot those sequences as fast as we can. Learning a sequence, then following all of the steps to perform that sequence makes us feel good about ourselves. This is also why so many shooters never break their plateau. Because they have a pre-shooting sequence, and a post-shooting sequence, shooters can poorly perform a shooting exercise by shooting as fast as possible, but because they did their pre and post sequences, they mentally check the box and reward themselves for following a list of steps. Pre and post shooting sequences are not bad. However, assuming they signify proficiency is akin to assuming that the pre-lift act of adding weights to an olympic bar, then the post act of removing them signifies our ability to power clean.

We must encourage shooters to develop speed through exercises such as 2x2x2, but all speed must be followed up with discipline. Aggressively driving our sights to the center of an easy hit target helps develop novices, but plateaus the seasoned marksman. Worse, it is easy for experienced shooters to slip into auto-pilot in which they are not truly seeing their sights, and are instead seduced by the rapid rate of fire in an exercise.

Although we need to develop the confidence to shoot quickly while under stress, we must always reinforce discipline. Shooting a string of five rounds at a cardboard target only requires us to drive our sights back to a single plain, and thus we can unintentionally hijack our natural point of aim. But remember, real flesh moves. Shooting five rounds at a living breathing target causes the target to move after each round, and results in five separate plains where we acquire sight picture. If we’ve spent our range time chasing speed and building sloppy habits, we can set ourselves up for failure when we encounter a real target that requires a slower rate of fire in exchange for more precise shots.