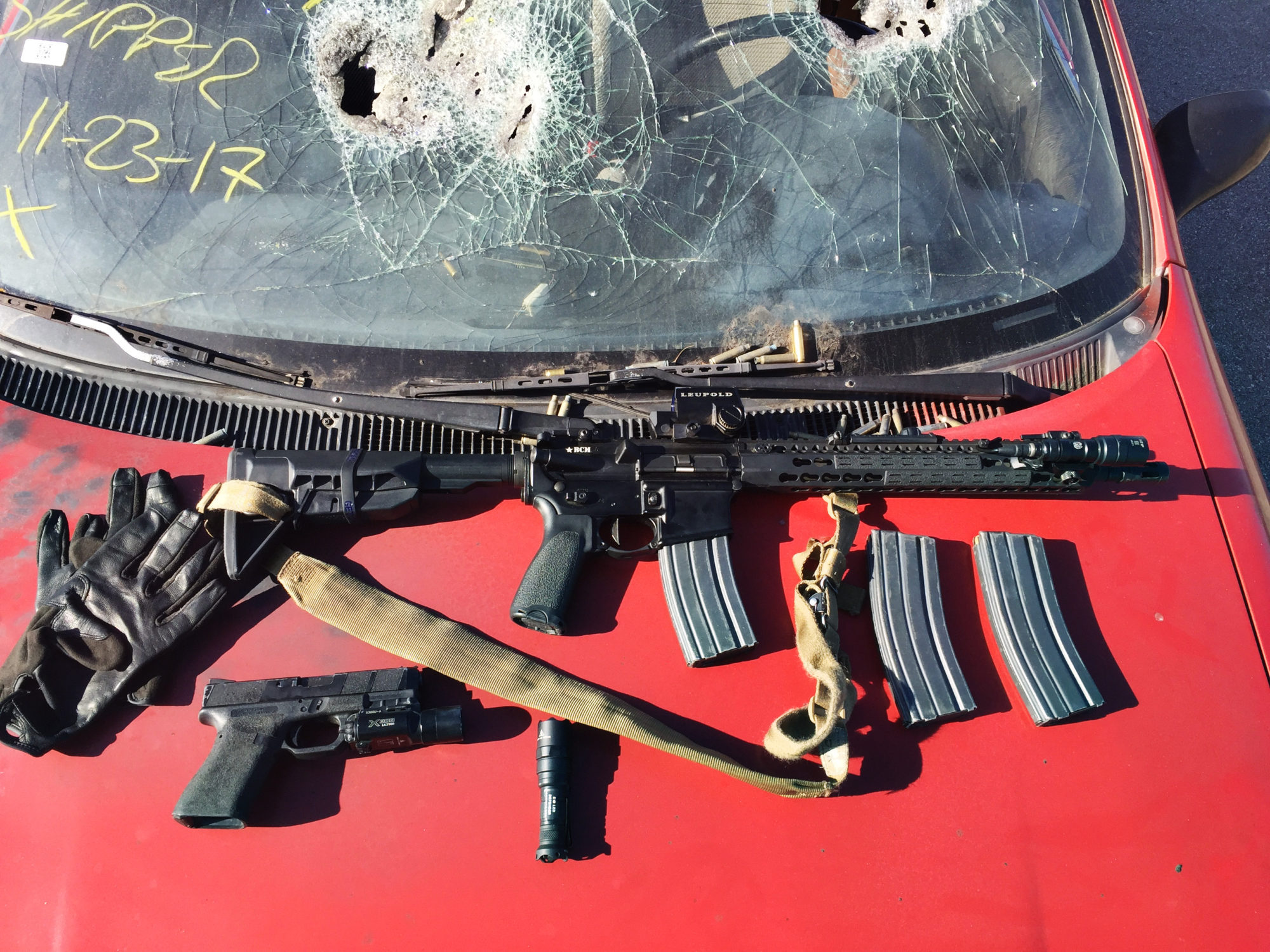 15 Dec The Golden Rule of Gear: The Simpler The Better

The greatest lie sold to students of any sport is that buying gear always correlates with improving performance. Whether golf clubs or carbines, routinely individuals will “upgrade” a piece of hardware that already functions without issues. Although it’s natural to want to tinker with firearms, and certain modifications do actually afford certain advantages, no war was ever lost because a soldier had the wrong rifle sling.

“Firearms are tools, and the more exotic the tool, the more limited its usefulness.”

Plaster’s comment was the result of a life changing firefight during which his primary weapon was inoperable. He attributes this failure with his being “seduced” by the exoticness of a firearm instead of identifying its utility for combat compared to other weapons.

Despite Plaster’s advice, and similar claims echoed throughout every war, the hardest thing for tactical millennials—myself included—to unlearn is that investing in gear is less important than investing in yourself. This is a hard truth to sell because for tactical shooters, kit is more than just equipment. It is a representation of a shooter’s identity and level of experience.

During joint operations, when assaulters from different units meet each other for the first time, among handshakes and introductions are passive visual examinations of each other’s kit. Similar selection of equipment and its efficient placement signals competence. Conversely, sloppily arranged and bulky pouches indicate an inferior level of experience and an individual that might be a liability on target.

Gear selection is important and rarely do tactical shooters have a single kit configuration that they use. In fact, higher tier units actually demand that shooters have multiple configurations for different missions. However, individuals in those units are not of high skill level because of their equipment. Instead, they are valuable assets because of what they are capable of doing without equipment.

Although soldiers and cops in elite units have the best equipment, they all at some point participate in a grueling selection process and rigorous tactical training that reinforce the importance of mindset, not gear.

I went through Ranger School following a deployment to Iraq. In Iraq, we had cutting edge optics, night vision, and radios. Before deploying we were issued shopping carts full of different gear, pouches, and body armor configurations. We had the fortunate problem of having too much kit to select from.

Ranger School was different. Gone were my go-fast magazine pouches, lightweight helmet, and more ergonomically designed plate carriers. The NODs I was issued jumped back about a decade in technological features. And all of my carefully placed communications equipment—wires, batteries, and antenna selection—were substituted for a bulky radio with a long whip antenna that constantly found itself in the way. Downgrading my gear sucked, but it didn’t matter.

Courses like Ranger School send students into the field with minimal equipment. Soldiers must accomplish their training missions absent of modern technology or efficient kit designs. Oppositely, in combat new soldiers will often proceed on missions with too much gear. The anxiety of battle and not knowing what you will need causes soldiers to carry excessive loads, which is often justified by the “better to have it than not need it, than need it and not have it” mentality.

That mindset changes after your first engagement. Trial by fire is followed by the ritual that is the shedding of useless gear. If a piece of equipment takes up excess real estate or weight, it is replaced in favor of similar gear that provides better utility.

In absence of combat deployments or trial by fire, all new gear must be thoroughly stress tested during training events. The moment a new piece of equipment demonstrates a life threatening deficiency, it should be discarded. For example, during a counter-ambush exercise in a Guerrilla Approach vehicle course, a SWAT officer bailed out of his vehicle and his newly installed pistol base pad caught on the vehicle’s seat and was detached. His bullets poured out onto the ground and he was left to continue the exercise without a secondary weapon system. Disappointed in his purchase, but wise enough not to give it another test, the officer noted the deficiency and later reinstalled his stock base pad.

Equipment deficiencies in the above example are not always black and white. There isn’t always a source event during training that forces a decision to be made. Without such instances, shooters gradually build complacency. If gear does prove deficient, a shooter might ignore it because “Hey, I’ve been running my rig like this for a while.” True, however, length of use absent of intense stress on target does not correlate with proven utility.

The other type of sunk cost we see is financial. If an individual spends thousands of dollars on equipment, he is less likely to be objective in its evaluation. Nobody wants to feel stupid for wasting money. Consequently, this can lead to justifications in equipment that create solutions for non-existent problems.

We see this quite a bit with customizing polymer pistols. There is nothing wrong with wanting to tinker, and the road to modernization oscillates back and forth between modifications that offer utility and pure hype; regardless, this is always a process that demands high standards of moral integrity.

In order to avoid dangerous modifications and wasting money; the next time you proceed to buy a new piece of equipment, instead of identifying what the item enhances, ask what potential points of failure it creates by adding it to your current setup.