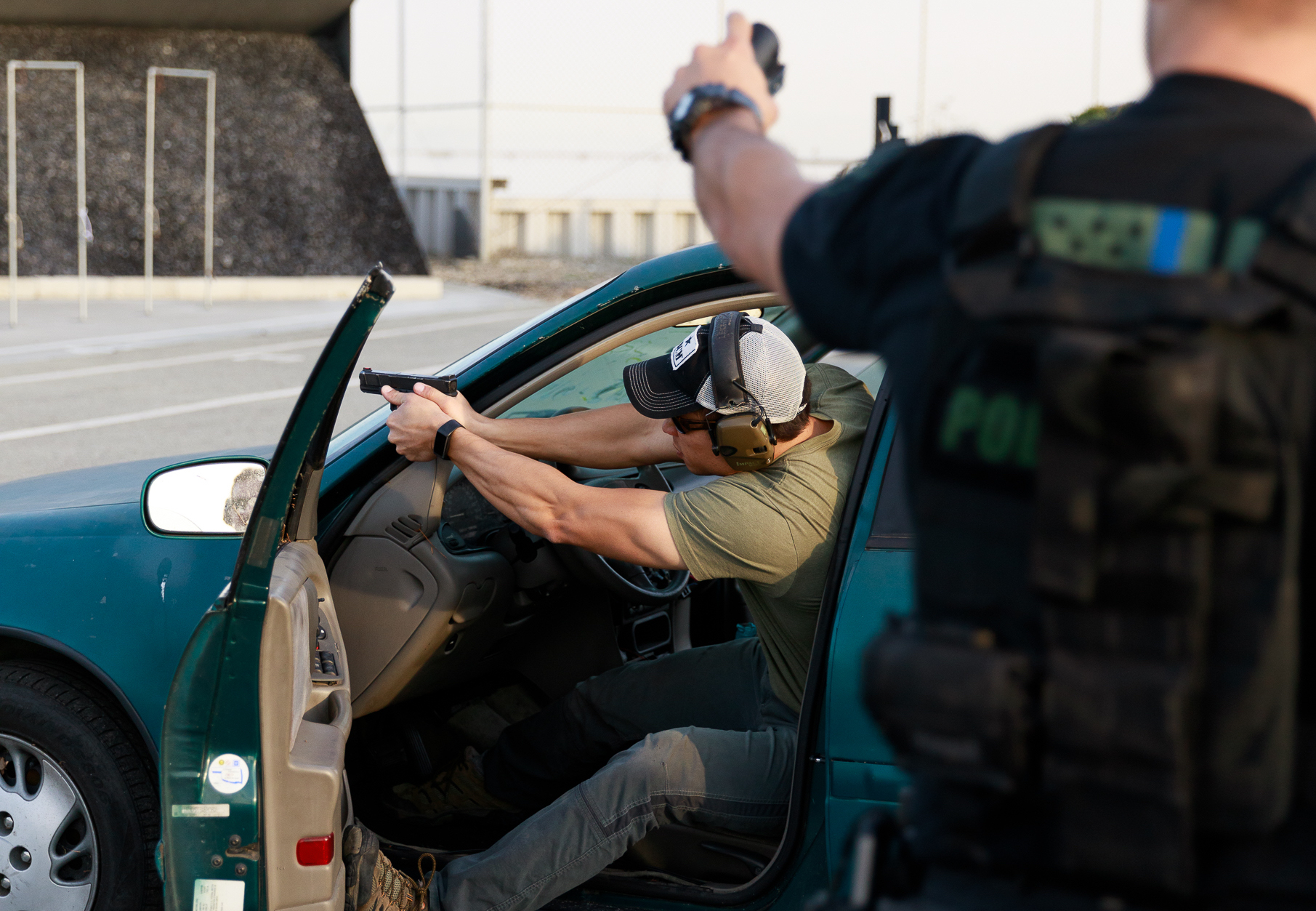 In no particular order, here are our most notable observations from the Americans we trained with this year.

1. GRAVITATE TOWARDS YOUR WEAKNESSES

The greatest display of heart this year was at our tactical marksmanship courses. These classes place a large emphasis on athleticism with a firearm, which results in a lot of sprinting on the range.

For some shooters, this is a departure from their routine of static marksmanship exercises. For others, they’re pushed completely outside of their comfort zone because they’ve neglected the physical fitness aspects of being a tactical professional. Midway through each course is when the quitters start making excuses. “Hey, my hamstring is bothering me.” Or, “…I had surgery on this knee a few years ago.”

There is a difference between legitimate pain—which attempting to push through encourages injury—and the self-bruising of ego when perceived abilities are not matched by actual performance in training. Typically, the shooters with the most trinkets on their guns and the most unnecessary gear on their kit are the first to make excuses. Their lack of heart is not because they lack coordination or physical ability. It is because these individuals are conditioned to invest in things, not themselves.

On the opposite end of the spectrum is the shooter that lacks any natural athletic ability and is flat out overweight. Watching these individuals push through discomfort to achieve heightened levels of performance is truly inspiring.

You cannot buy a gadget to improve your resilience. There is no trinket that teaches you how to handle failure. All of this comes from within, and is often free of charge.

Significant technological advances take a long time, and honestly, certain parts of the gun industry are already at the apex of development despite the constant release of new retail items (e.g. slings). While there’s nothing wrong with experimenting with gear, or even getting excited about new products, we should never focus on shiny objects at the expense of instead investing in ourselves.

2017 witnessed the spread of superfluous 9mm pistol modifications. The irony of adding these gadgets to a polymer gun is that a shooter can always improve his pistol marksmanship by instead reevaluating his application of the fundamentals.

Unless you’re significantly changing how you use your weapon (e.g. switching from rifle iron sights to variable zoom optics) most equipment upgrades only afford marginal advantages. Before you chop up a functioning carbine, or genie rub a polymer pistol, be sure that you have already mastered the basics.

Internet culture rewards impulsiveness. This year, a former Facebook executive publicly declared that social media’s “dopamine driven feedback loops” are destroying society. He’s right. The most amplified comments on social media are those that are inflammatory, baseless, or outright idiotic.

Although most of the tactical community’s outcry is typically directed towards unaccredited training methodology, the broader consequence is a shift towards mediocrity through the accumulation of useless information. Now that everyone has a voice on a platform with no barrier to entry, there’s been a notable shift towards rewarding shooters for regurgitating information, rather than actually applying it.

For others, they become so addicted to the attention they receive for posting a drill on Instagram that they neglect diagnosing the actual results of their performance. This is best demonstrated in the shooter that routinely posts static shooting videos, yet never identifies the sloppiness of his speed.

Instagram rewards popularity, not talent. Facebook allows us to broadcast misinformation absent of accountability. True growth as an individual doesn’t occur by growing your list of followers, it comes from disciplining yourself to form your own experiences and lessons learned.

Throughout the past decade, the silent majority of serious shooters has lost trust with instructors that immediately NASCAR themselves for a revolving door of product endorsements. Although there is nothing wrong with this business decision, it does mean that an individual needs to make his voice as vanilla as possible for mass appeal. Mediocre and non-offensive statements make sense if you’re selling retail products, but shooters are relying on instructors to be critical, to be bold, and to be leaders.

5. GET OFF YOUR PHONE

Learning happens outside. Go there.