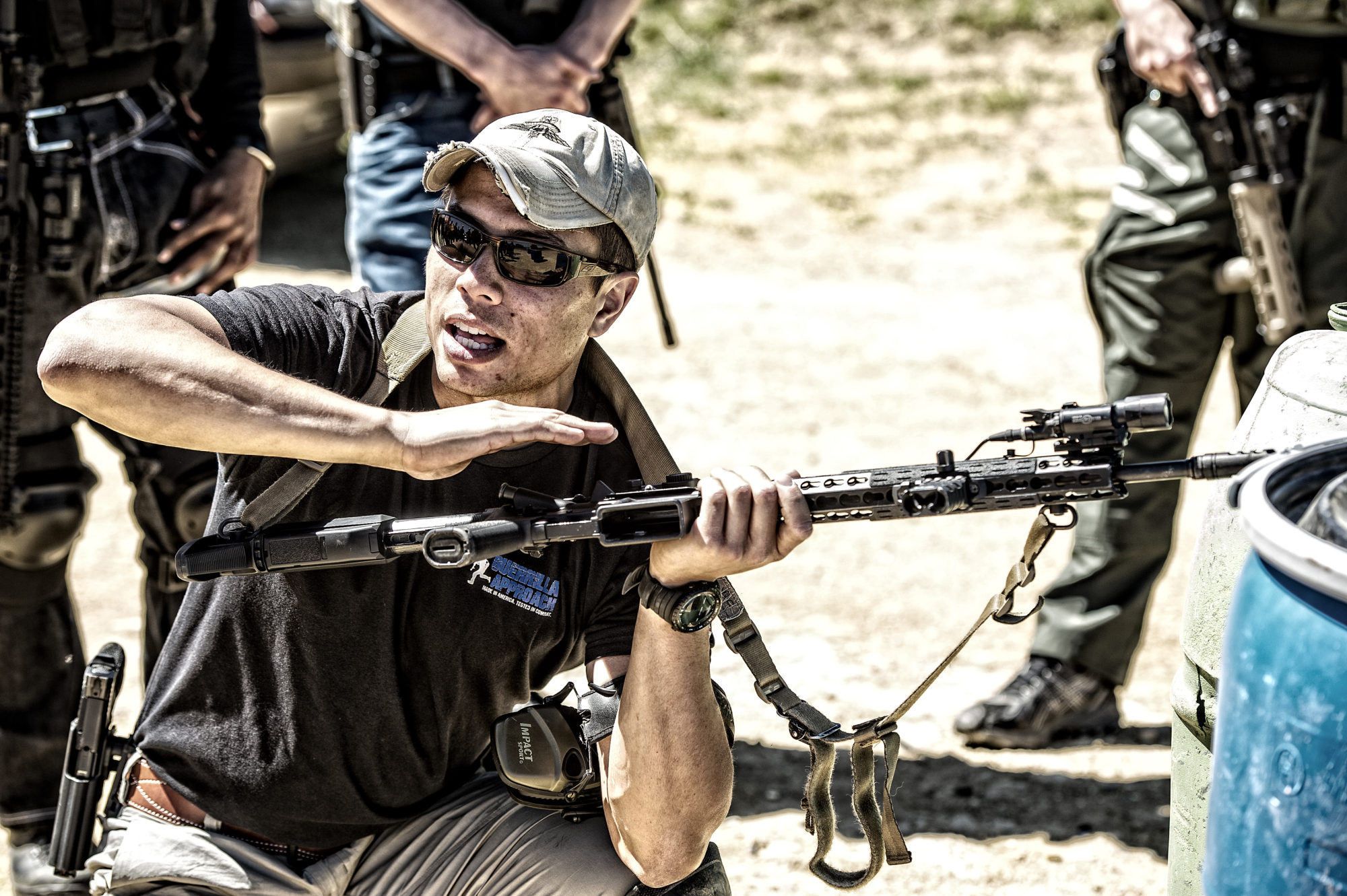 An important part of goal setting is not just adopting new behaviors, but also identifying which habits you should ditch. Although there isn’t a single correct approach to training, we often unintentionally develop bad habits through different forms of indoctrination. Whether it’s our unit formally teaching outdated methodology or a buddy informally exposing us to cherrypicked information, once a technique becomes routine it can be really hard to alter.

At the individual level, wasted time is the greatest consequence. At a cultural level, we see norms shift and shooters associate incorrect performance attributes with success. Although the following habits might not get you killed, they offer little return overall. Here are 4 tactical techniques you can ditch, and what you can do instead.

1. DRILL CRAMMING. It’s easy to mistake efficiency with programming that crams the greatest amount of work into the least amount of time. Instead, efficiency should be measured by our ability to produce the greatest amount of work with the least amount of effort. This reality is often overlooked because range instruction relies on instructors teaching sequences and students then following them. When left unchecked, shooters are tempted to focus more on their adherence to a drill’s design as opposed to their actual performance results.

I see this frequently with shooters that are convinced they need to always perform extensive pre and post shooting rituals. For example, during a simple 1:1 reload exercise a shooter will perform his minute long loading ritual, shoot the drill with sloppy speed, then perform his post shooting ritual. The shooter acknowledges the pre and post rituals as completing two of the three steps in a drill, and rewards himself despite sloppy marksmanship or inconsistent form.

Instead of cramming as many sequences as possible into an exercise, focus instead on simplicity and efficiency. This removes a lot of the fluff with training and will help you identify unnecessary add-ons in a drill.

This is a distraction.

We can never predict with absolute certainty what is going to happen when we shoot a threat.

Does the threat fall?
Run away, left, right, towards us?
Shoot back?
How many rounds will I need to shoot?
Where is the fight taking place and at what distances?
Am I outside, inside?

Although post shooting rituals are well intentioned, they provide zero value added when tacked on at the end of every drill. Conceptually, yes, shooters must absolutely be made aware of what post shooting rituals are attempting to teach. Avoiding target fixation, regaining situational awareness, reducing your silhouette during a reload—these should all be taught, but not dogmatically enforced during all range training.

This is a hard truth to accept because robotic movements look incredibly purposeful. Whether faking a 360-degree check (or my new favorite of tracking sights to the ground to follow a threat that has been “mag dumped”) generating excessive outputs absent of inputs creates a confusing learning environment. After enough repetition these movements become automatic, regardless of whether or not a shooter needs them.

Even so, the real consequence is that post shooting rituals condition shooters to think that wasting energy is acceptable. During real tactical engagements, our mental state will always consume more energy than our physical state because we are attempting to read the environment and make decisions. This demands that our physical movements be drilled to high levels of efficiency so that we do not divert precious mental stamina to physical tasks.

If through post shooting rituals we condition our bodies to sympathetically perform an action after a certain physical cue (e.g. whipping our head around after shooting), we must now waste energy to tell ourselves not to perform a learned action. Although doing so won’t exhaust us, we should avoid behavior that preloads confused decision-making into a street fight.

Instead of strictly performing post shooting rituals, instead identify what concept you are attempting to address, and then do so in a manner that encourages relaxation. Looking around to regain situational awareness, or even following your sights to the ground after an exercise can reinforce concepts through drills, but hardly needs to be performed after every single rep.

3. ZERO DISTANCE RETENTION SHOOTING THAT IGNORES PHYSICAL CONTACT. Pistols are designed for close quarters. Inherent with all close quarter fights is the possibility of hand to hand combat. Although you don’t need to be a Jiu-Jitsu master, grappling should still frame your approach with marksmanship exercises.

If we train to specifically focus on draw stroke speed—against cardboard—we become susceptible to shooting techniques that are not designed for retention during physical contact. Worse, we might condition ourselves to always introduce a pistol into a fight, only to find ourselves disarmed and vulnerable.

Instead of solely focussing on your draw speed from retention, identify a posture that allows for creating space, pistol retention, and recovery if you are overpowered.

4. HARDER IS BETTER RANGE FITNESS. In the military I performed a lot of stress shoots that measured nothing. Because these events were physically challenging I felt rewarded upon their completion. However, not once did a stress shoot teach better sprint mechanics with a gun, or identify how to rapidly decelerate into a stable shooting position. Instead, it was just run from point A to point B and shoot. Now run to point C and do burpees then shoot. Although this design is challenging, it doesn’t help shooters perform among the top 1% because form is rarely addressed.

However, I am a fan of what range fitness is attempting to accomplish because it places a premium on raw athleticism. Still, there are smarter ways to improve the performance of shooters without waisting time or possibly exposing them to injury. In order to accomplish this, range fitness shouldn’t be designed as smoke sessions. Instead, shooters should be measured against their execution of a technique. If an athlete is going to carry kettle bells, assess his weapons manipulation dexterity upon retrieving and ditching the kettle bells. If an athlete is going to sprint, measure the efficiency of his explosive acceleration and the consistency of his speed across varying distances.

Although a Crossfit themed training event is hard—and honestly feels satisfying upon completion—this type of training can be left strictly to the weight room if it’s not being used to assess marksmanship. Reason being that marksmanship is hard enough by itself. Similar to the negative effects of drill cramming, shooters run the risk of misreading their performance because they excel while performing deadlifts, but completely fail with marksmanship.

If range fitness is being used as a smoke fest to assess resiliency, then fine. However, be smart and protect your athletes from injury (e.g. don’t do power cleans in body armor) and acknowledge that dissecting form during metabolic conditioning is essential to improved performance, not just running around and shooting a gun.

The hallmark of top tier tactical professionals is not how quickly they shoot, or the number of dance-fighting moves they can add to the end of a drill. Instead, it’s how relaxed they are in the presence of extreme stress. Range training encourages anxiety when it rewards unnecessary mental tension or wasted physical energy. And if we are serious about carrying guns for a living, we should do as much as possible to minimize stress on the objective.