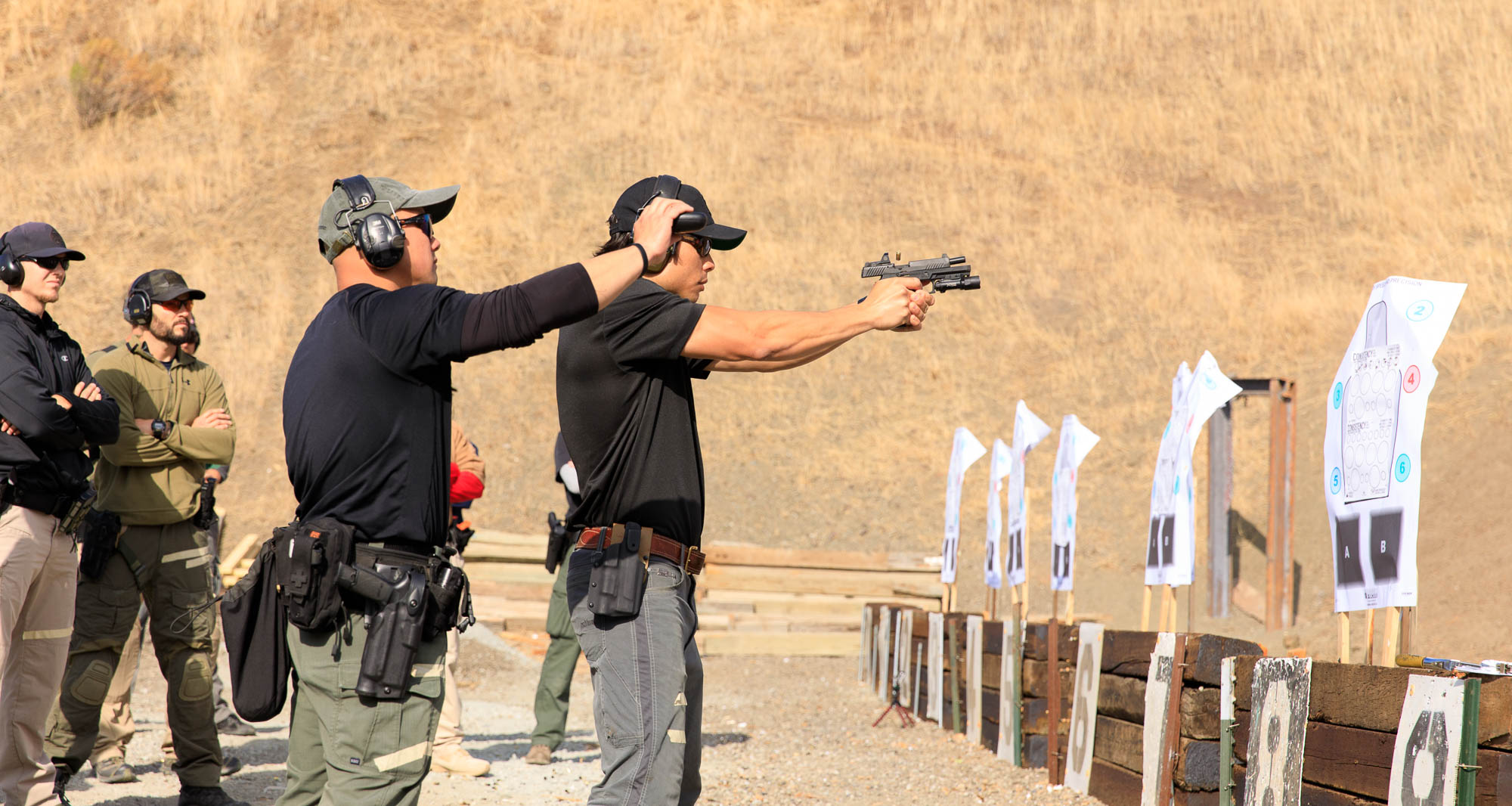 When I shot my first match, I was definitely the confused tactical shooter with the skeptical raised eyebrow. How could any of these civilians beat me, my job is to be proficient with guns. This immediately dissolved due to the zero sum nature of match scoring. You’re either fast and accurate, or you’re not, combat experience really doesn’t make a difference when racing against a shot timer.

Ego bruising at a match is healthy, but tactical hubris at a competition isn’t the real danger. Instead it is the gradual acceptance of complacent attitudes. This is best demonstrated in the the “I’m Special Forces” or “I’m SWAT” mentality. Succeeding at high levels—in any profession—doesn’t mean you default to titles when challenged, it means you understand that you need to constantly work in order to stay sharp.

The principle issue with eliteness-complacency is that individuals can become susceptible to training a certain way not because it is effective, but because it is how they were indoctrinated to do so. This is best represented in the SF vs. SEAL professional rivalry. Some soldiers will outright dismiss a technique because it did not come from their camp (e.g. carbine high-ready).

Although certain techniques are better than others, and stupid hurts, we should be able to produce at least three critiques before dismissing a technique or concept. Otherwise, we might actually be encouraging complacent mentalities.

A few years ago I became addicted to the fast-paced nature of speed gun matches. These are great at working target transitions and movement into and out of position, but your overall accuracy might suffer if you do not hold yourself accountable.

My dry-fire practice started to get really sloppy and I was able to get away with framing my pistol on the target. As long as my front sight was somewhat aligned in my rear notch, I would squeeze the trigger. Eventually I was annihilated at a steel match in which I transitioned from shooting at full sized USPSA targets at 15-yards to 3-inch plates.

Although Speed Gun helped with developing my movement mechanics getting into and out of position, I performed hours of garbage rep dry-fire and reloads. A lot of shooters experience this same issue with developing quick, but incredibly sloppy hand speed. In order to break my plateau I had to go back to bullseye work at 25 and 50 yards. Speed will come, and in most cases sooner than accuracy, but haste really doesn’t matter if you need to take follow-up shots.

So the next time you see a shooter performing a 1:1 reload drill on Instagram (which, is, always) watch how the shooter realigns his sights or resets his grip. More than likely you’ll see him crack off a round before he has properly reapplied the fundamentals to his shot. When you see it, take note, that is what quick, but sloppy hand speed looks like.

Nobody owns just one holster or magazine pouch. We’ve all fallen into the gear trap trying to find the next best piece of equipment to improve our performance. The tragedy most men commit in any discipline is rushing to purchase too much gear before determining what is actually needed. The problem can’t be me, I can buy the solution. Whether its a set of golf clubs or genie rubbed Glock parts, you can save some serious coin by instead focusing on improving your understanding of marksmanship fundamentals.

Regardless, we all see a piece of gear we want to purchase and experiment with. If you’re committed to purchasing a new item, I encourage you to not seek out what the brand ambassadors are saying, or the fan boys and the general herd. Instead, seek out a negative review of the product. Although you might stumble across some rants and individuals complaining for attention, this technique will still help you cut through the hype.