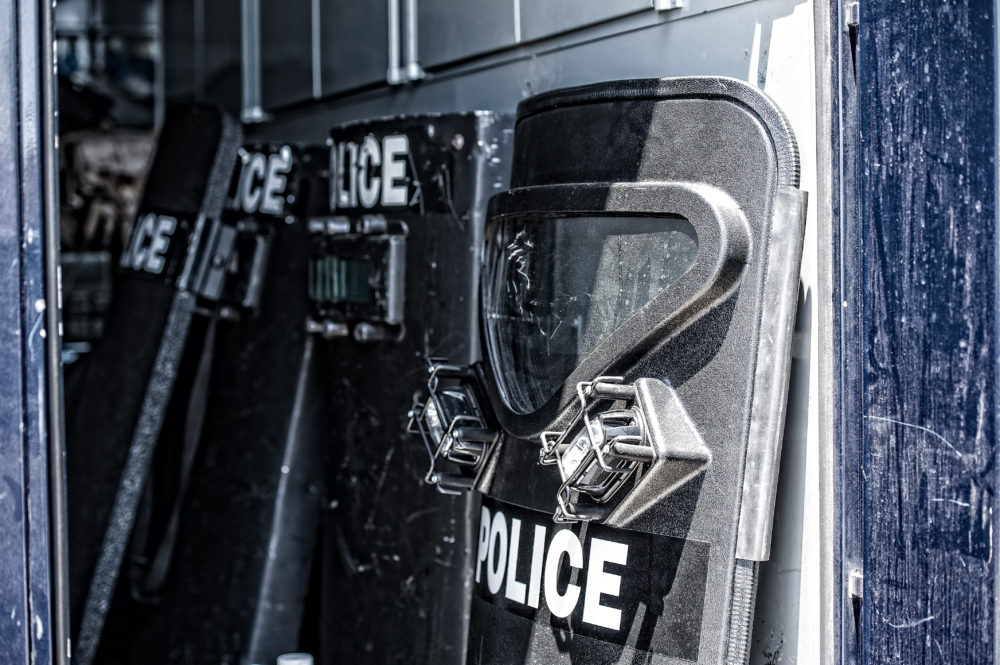 Spoiler Alert: There is a lot of ego in the tactical industry.

A car full of shooters can barely agree where to eat lunch at, let alone which fighting techniques are superior. The ego involved with the craft of tactical marksmanship is unavoidable, but necessary. Shooting is a martial skill that links to the core of masculine identity. It is natural for men to associate ability with a weapon with their sense of worth and self-reliance. Ego can positively influence those attributes and push a shooter to improve. However, ego is also responsible for some of the most immature exchanges of ideas among professionals.

Spirited debate is necessary. When done correctly it furthers the craft and refines methodology. Arguing with peers can also reinforce camaraderie among a community or unit cohesion in an organization. Arguing with strangers though, that triggers the worst parts of ego.

Despite similarities in their crafts, there is a “cop vs. commando” feud that exists online. Although it is no surprise that the Internet encourages inflammatory and obnoxious behavior, it is odd to see two groups of professionals divided by identity and ego.

For clarity, police officers and soldiers do not default to opposition. Instead, what occurs is more representative of social media and online culture. Small, but outspoken groups from both camps are allowed to take veiled shots at each other while remaining anonymous behind a keyboard. This discourages accountability and devolves purposeful discussion.

From law enforcement’s perspective, it is tiresome to observe soldiers speak condescendingly about policing operations. Although no officer or deputy will ever be involved in shootouts of similar scale to overseas combat, it should not disqualify their willingness to meet domestic threats head on.

Law enforcement officers also experience frustration with commandos that do not take the time to understand and respect the differences of policing operations. Door kicking is door kicking, but legal constraints and precedence established by case law can severely limit the applicability of fighting techniques for cops. Ignorance to legal constraints can create the false perception that officers are unwilling to train aggressively, when in reality, they are dismissive because they may not be able to use a commando’s methodology.

Commandos that rely on couching in their credentials to display authority also alienate law enforcement. It is an arduous path to become a Ranger, Navy SEAL or Green Beret. However, admission into those organizations does not ensure an individual is capable of teaching their craft to law enforcement. This creates another misperception in which a cop’s frustration with a commando’s inability to teach is dismissed by the soldier. What does this cop know? He’s never been through anything as difficult as BUDs or Ranger School…

From the commandos perspective, it is frustrating to see certain cops elevated to statuses of tactical authority absent of any experience that merits such credentials. Because soldiers experience violence in broader scope than officers, it is disappointing to see poorly thought out tactical arguments gain traction. Especially when methods mistake good luck with good tactics.

In fairness to the commando, there are some officers he will debate with that are painfully ignorant to the realities of a shootout. Some of these officers will outright dismiss the possibility that there are other viewpoints that render law enforcement perceptions invalid. What results is an officer that hides behind the excuse of “well this is law enforcement, it’s different”. Consequently, an officer might gain authority and be allowed to bargain outside of his means because he has not been tested by a formidable threat.

The cop vs. commando feud isn’t representative of Special Operations and law enforcement at large. Instead it is the more vocal, but smaller groups that engage back and forth online. For the larger, but silent majority, the only side we’re against is ignorance.

Regardless of who we choose to elevate as tactical authorities, or the tribes we align with, we should do so with the intent to learn. The Internet is terrific at facilitating groupthink and bandwagon viewpoints. If we’re going to subscribe to a certain methodology, we must appeal to logic instead of emotion, and recognize that from time to time, we can be wrong.