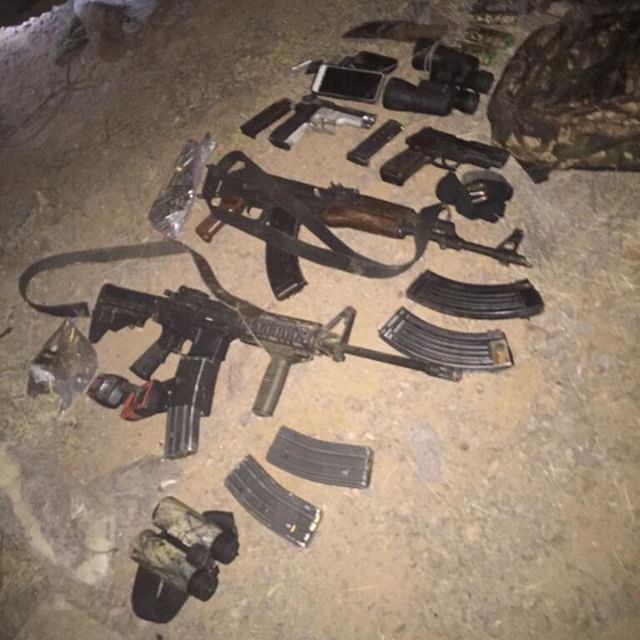 Posted at 15:16h in Uncategorized by Aaron Barruga 0 Comments

(Picture above: Equipment recovered from illegals operating on the border between Arizona and Mexico)

Why fight fair? For that matter, why get in a fair fight involving guns and explosives?

After attack helicopters and AC-130 gunships were added to the roster, we would often conduct missions in Iraq with an assault force large enough to invade Iran. Although numerical superiority is a standard practice for tactical operations, presumptive victory reasoned through overwhelming mass of force is dangerous.

Despite the amount of firepower we brought to bear, members of our team still found themselves in peculiar one-on-one engagements in which they were isolated from immediate reinforcement. The most potent heavy arms or technological overmatch was insignificant for team members that could only solve problems with a carbine and quick wit.

The reality of the fair or unwinnable fight is what forces tactical shooters to always improve their craft. Life threatening encounters build perspective. Numerical superiority on a target may increase the statistical chance of mission success, but does not guarantee the personal safety of individuals. This is why some law enforcement agencies are experimenting with the advantages gained both through equipment such as night vision, and classical training in military-style tactics.

On Arizona’s border with Mexico, tactical officers from various agencies must prepare themselves for fights against well organized and well equipped adversaries. This increased level of danger causes a shift in their traditional law enforcement training mindset. The phrase “we would never do that” seldom describes the attitude among these individuals.

Their aggressive training mindset is the result of the harsh environments in which they conduct operations. Missions, that sometimes last multiple days, separate friendly elements not only through terrain, but distribution of resources. Although it is standard practice for an officer on the street to immediately call for backup at the onset of a dangerous situation, on the border, it’s a bit different.

Reconnaissance teams recognize that a radio can reinforce their position with a blackhawk full of teammates, but at the cost of losing the initiative or a time sensitive target of opportunity. This is why they place a premium on training that favors the development of mindset. Unfortunately, operational approaches that favor technological or numerical advantages might have the unintended consequence of handicapping an individual’s understanding of when to accept heightened level of risk.

Deciding to accept increased risk might not always be a proactive decision. We can be thrusted into a reactive situation such as an ambush in which we need to make immediate decisions. Overwhelmed with adrenaline and the ambiguity of close contact, some decisions appear deliberate and decisive, but are hard charging and can cause individuals to pay a hard price. The paradox of the close contact in the formidable attack is that inaction will get you killed, but unreasoned over reactions will also get you killed. This is why purposeful stress induced training is paramount. Shooters need to learn not only how to identify patterns in the environment, but also the organic stress induced through fatigue, confusion, miscommunication, and limited visibility. Managing anxiety is important, but also recognizing that anxiety might not correlate with the need to use lethal force is just as pertinent. Sometimes employing a radio or assuming leadership can be more important than weapon’s based solutions.

The Casa Grande (Casa-Granistan) class was full of experienced shooters that truly embrace the reality of the unfair fights they might encounter on the border. Thanks for the hospitality and I’ll see you guys in 2017.